ecoREHAB has a unique and vital role in improving our community, with its focus on partnership, education, and sustainability. The organization works alongside community partners and residents to transform houses into inviting, energy-efficient homes in addition to providing educational and energy-auditing services to help individuals and businesses improve the conditions in which they live and work. These efforts empower our neighbors, advance community, and promote sustainability.

As the “eco” in our name suggests, employing ecologically sound construction practices in the rehabilitation of existing homes is at the core of our mission. Since 2009, we have invested in more than six abandoned homes, transforming these abandoned structures into inviting, sustainable homes.

We’ve watched one house after another inspire neighbors to reinvest in the look and feel of the neighborhood. This revitalization reflects the positive, lasting outcomes of these collaborations, our work.

First-hand exposure to poverty and hands-on experience with sustainable building is not often something students experience in college. Students who engage in ecoREHAB studios come away with a deeper understanding of community and a lasting connection with Muncie (many students come back to visit properties and keep in touch for updates about the organization’s efforts).

Students gain practical building skills and rehabilitation expertise in addition to opportunities to flex their problem solving and critical thinking muscles. They also gain perspective and experience in navigating relationships with community leaders, industry professionals, and neighbors. Many have said they have relied on the planning resources and organizational expertise they acquired during the ecoREHAB project. 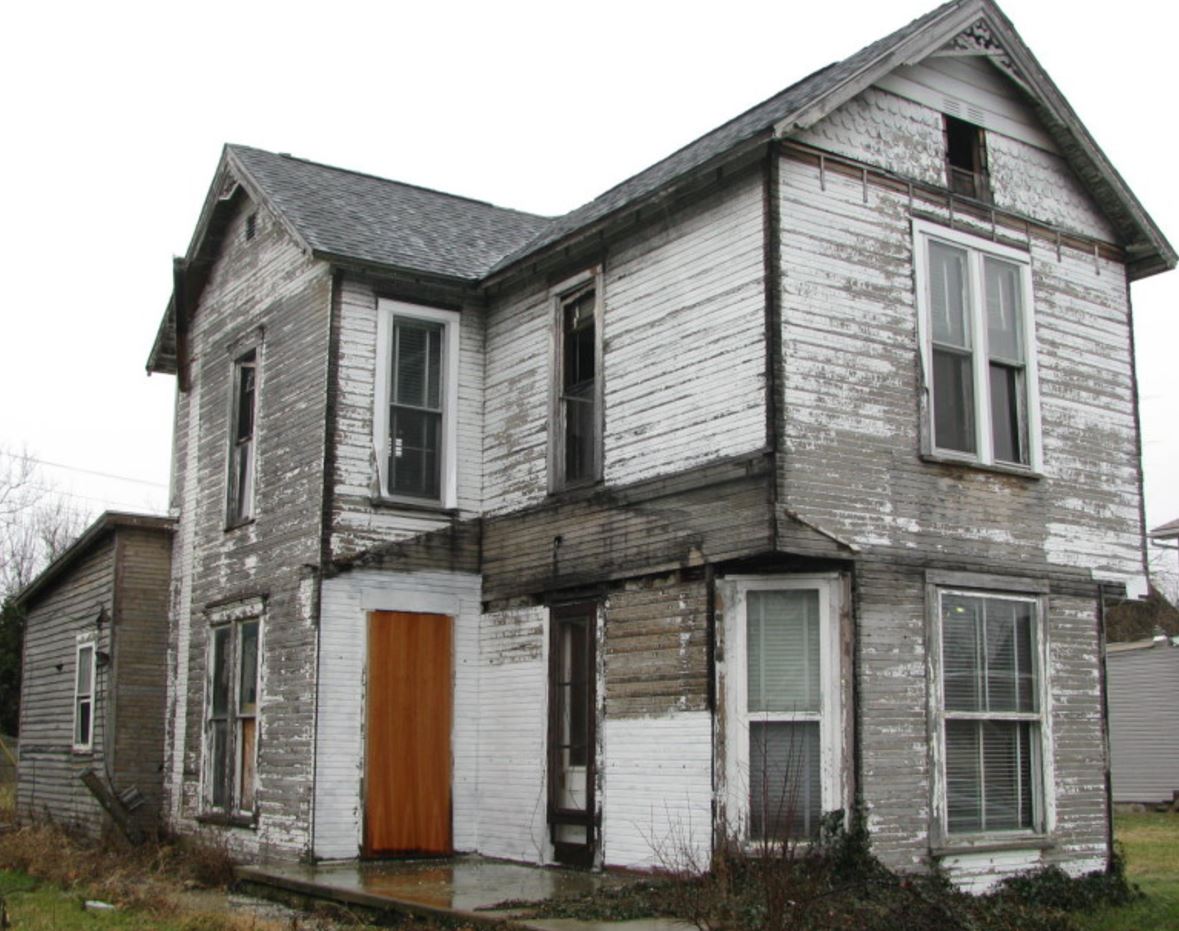 For many cities, demolition is often the first option for abandoned housing because once these lots are empty, they typically stay empty. But ecoREHAB is driven to demonstrate that we can restore existing homes using green principles without sacrificing affordability and contextual design. This home is now running at peak efficiency, with low flow plumbing fixtures, high efficiency condensing unit, high efficiency furnace, and storm windows and weather-stripping. PDF of full project details 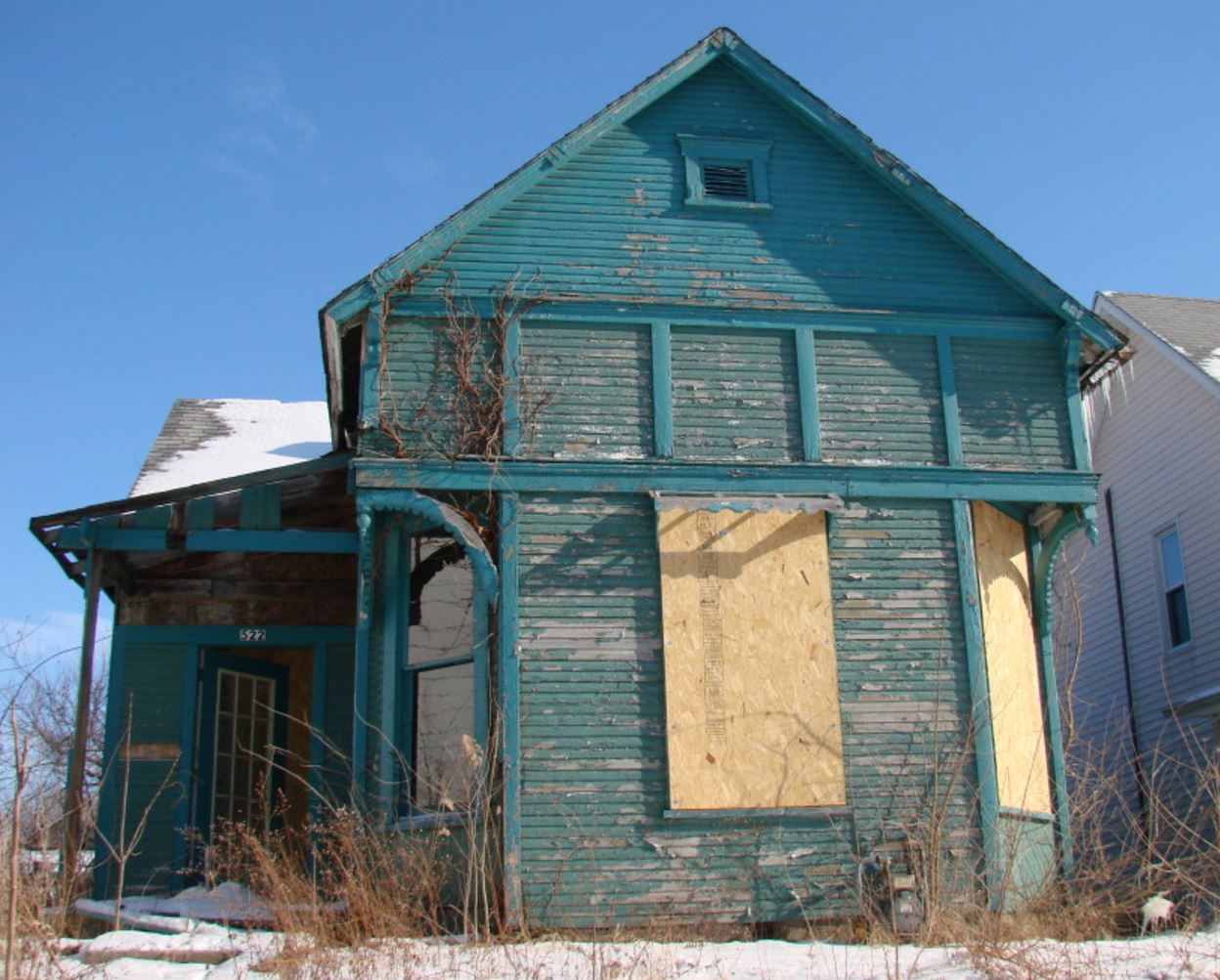 The focus of this–ecoREHAB’s second rehab–was on reuse, as the Ball State ecoREHAB studio used reclaimed materials for all but the concrete footing, masonry mortar, fasteners, and roofing. Even with severe water damage and structural issues, the team was able to carefully deconstruct and salvage lumber to build a new back deck, porch, and doors. With the large amounts of salvaged wood and trim from the house, students constructed a mantle was constructed entirely from door trim, decorative wood pieces and a piece of tree trunk. PDF of full project details 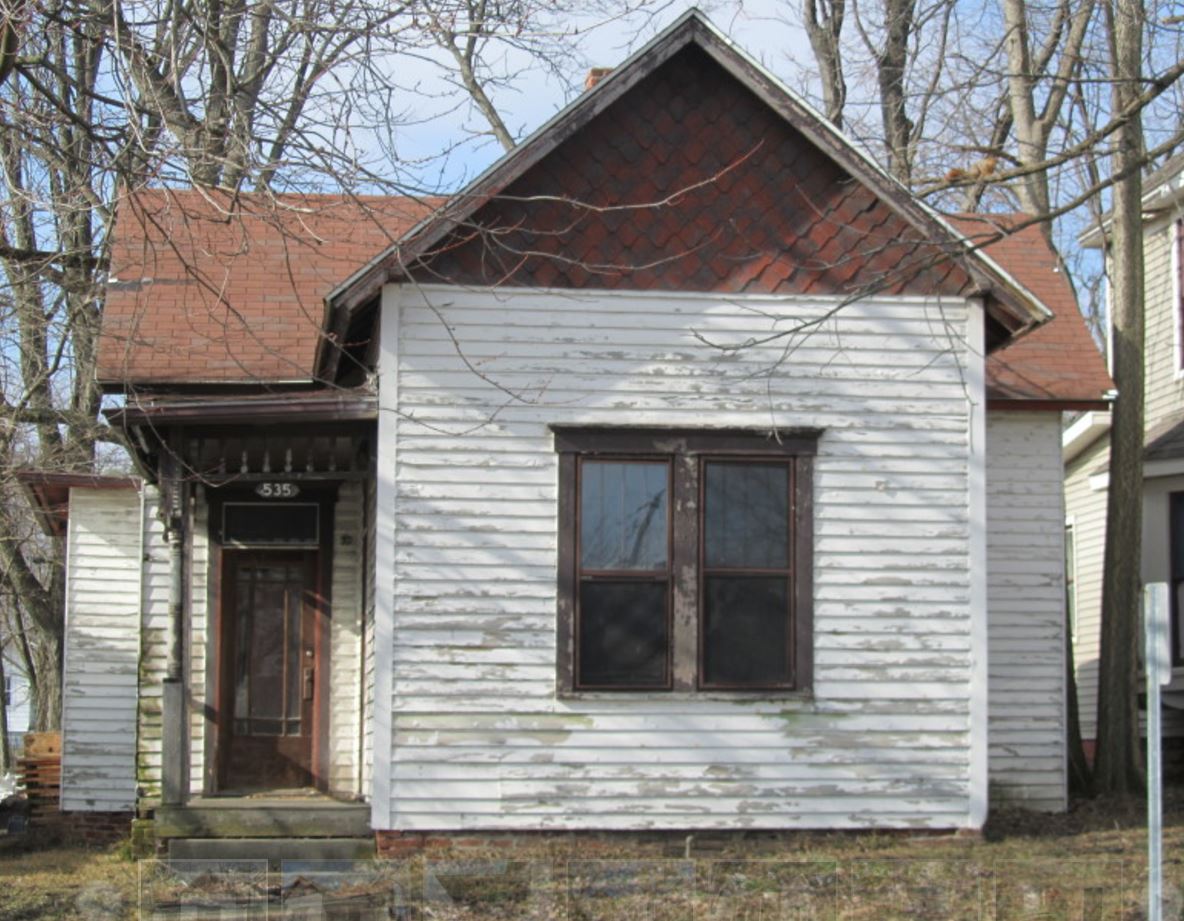 ecoREHAB’s previous work in Muncie’s Old West End led to yet another partnership with Ball State’s ecoREHAB studio to engage students in a full-scale rehab of a forgotten property. A team of four students began work in fall 2012 to evaluate the structure, develop a plan, and formalize the budget and project schedule. A team of ten students began the work on site in Spring 2013, tackling the roof, foundation, and tedious weatherization process. This unique partnership with Ball State’s College of Architecture and Planning exposes future architects to innovative design strategies and hands-on training. 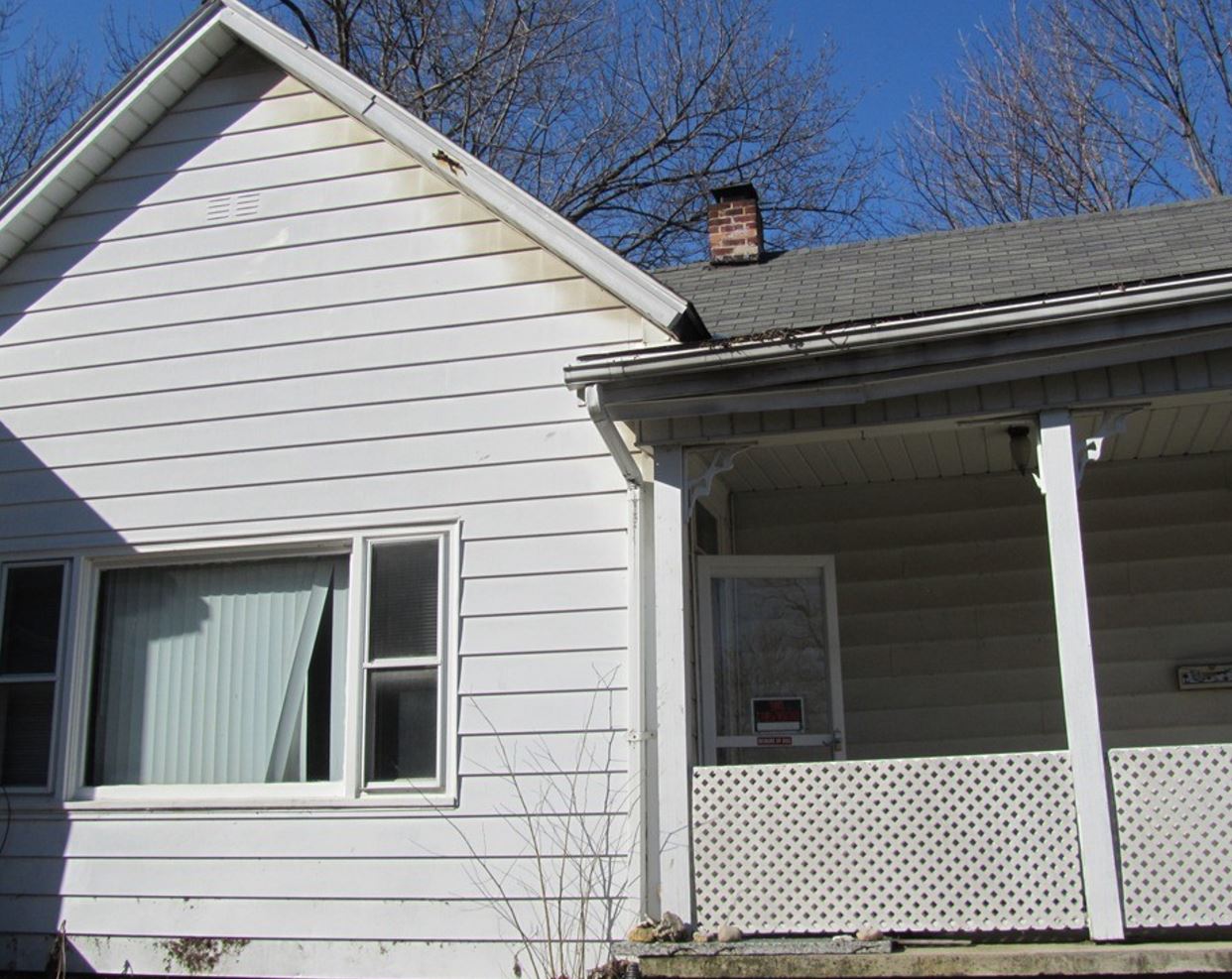 Built in 1910, this 2 bedroom, 2 bath home has a rich history of housing families in Muncie. We named it to signify how lucky we are to embark on these projects with partners, including PathStone, which increase our impact on the community. 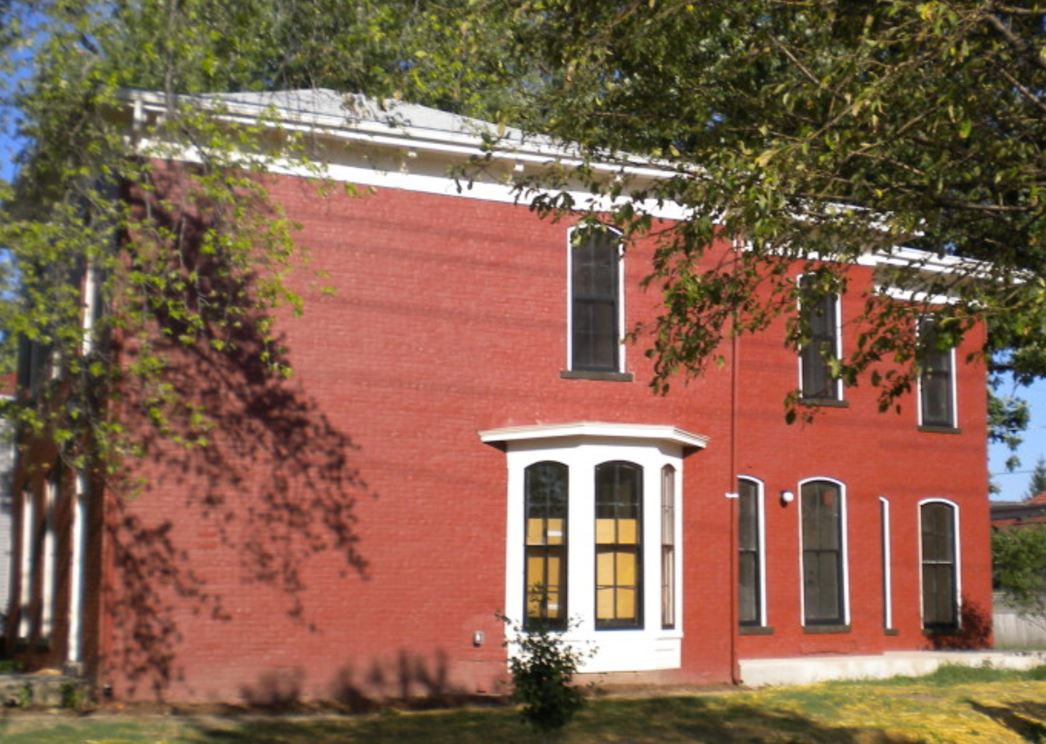 Ball State’s ecoREHAB studio helped with the 2011 full-scale rehab, which was funded by a Community Development Block Grant. Our sustainable approach diverted more than 2300 lbs. of metal, 2700 lbs. of concrete, and an estimated 2900 lbs. of drywall and wood scraps from the landfill. We installed low-flow WaterSense certified fixtures, aerators on kitchen faucets, pressure assisted 1.1 gallon/flush toilets and rainwater collection to reduce the water use. We also installed rain barrels and a compost area to help maintain the garden planted to protect from erosion due to run off from the neighboring parking lot. PDF of full project details 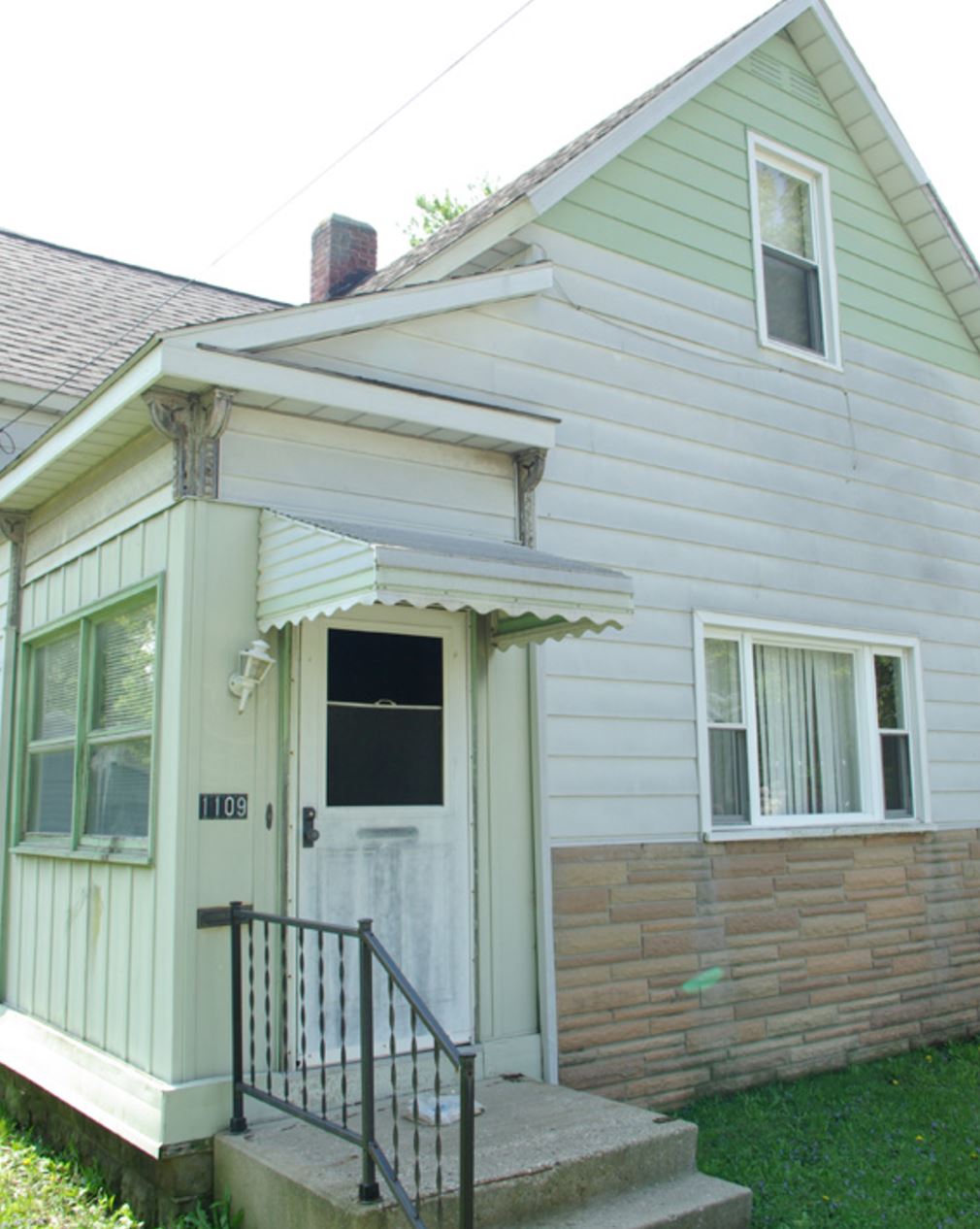 Partnering up with PathStone, ecoREHAB helped design and monitor the rehabilitation process on the Key Lime Pie House, which gets its name from its sunny color. ecoREHAB provided design drawings for the house and monitored the construction work. Overall, a second bathroom was added upstairs, the plumbing and electrical were updated, and high efficiency AC and furnace were installed. 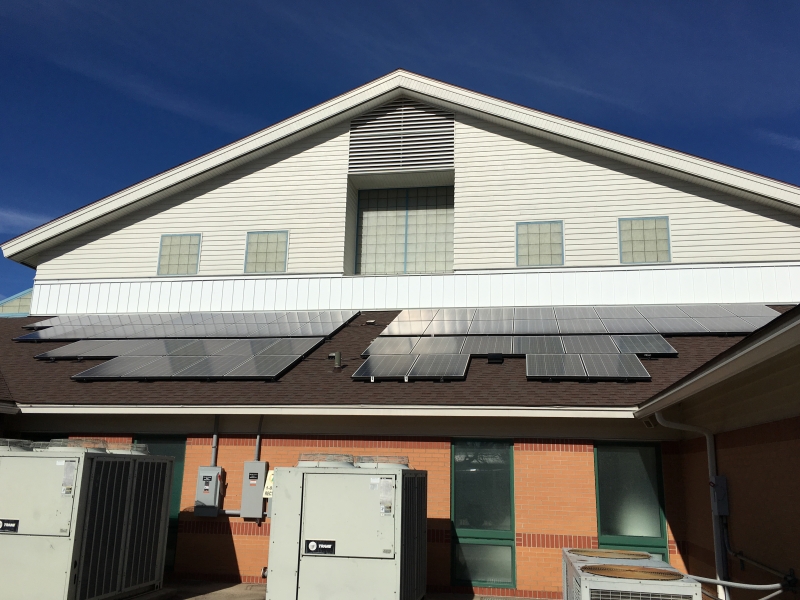 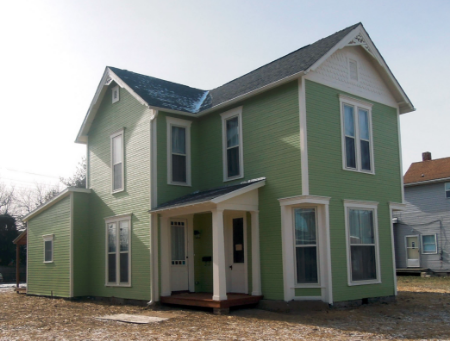 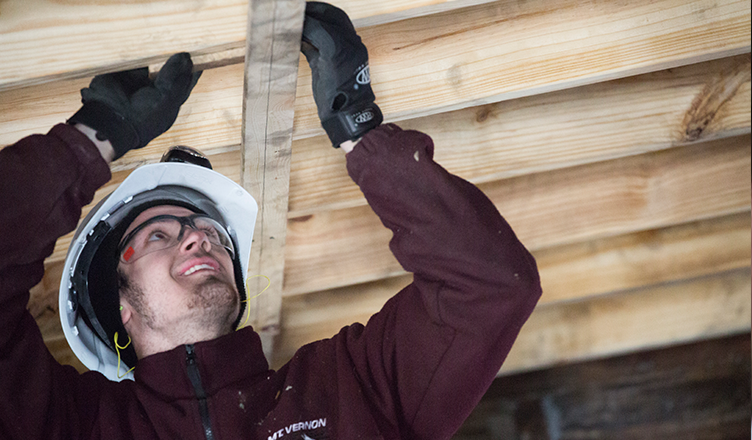 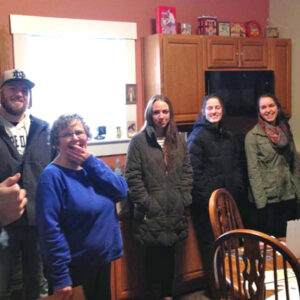 ecoREHAB Builds Community, One House at a Time 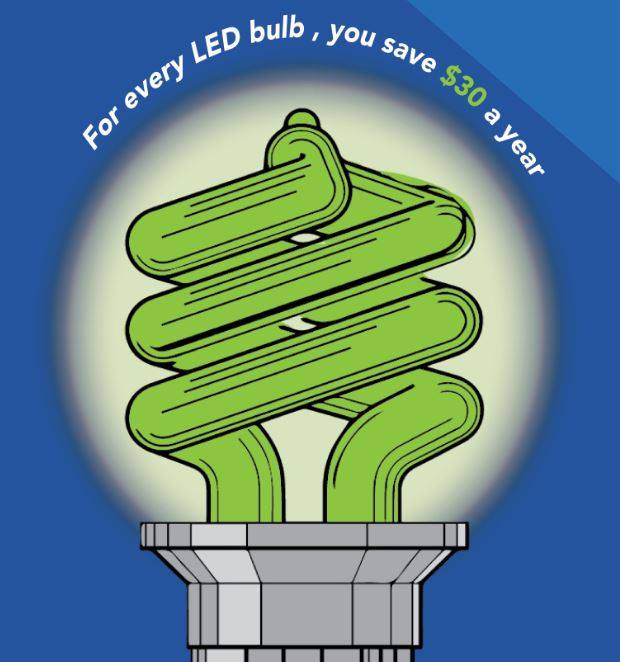 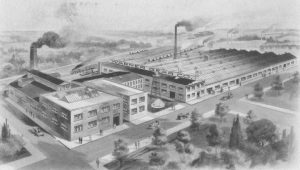 Muncie was much like any other Midwestern town until natural gas fields were discovered in Delaware County in the 1880s. The cheap, raw energy source brought businesses, including the Ball Family, which was producing 74 million jars a year in Muncie by 1905.

Other manufacturers that made Muncie home, included American Lawnmower, the Broderick Company, Frank Foundry, Westinghouse, Ontario Corporation, to name a few. The automotive industry was also well represented with BorgWarner Automotive, Delco Battery, and Chevrolet Muncie (which operated as a General Motors facility under other names).

These factories and plants took up millions of square feet and employed generations of thousands of families. Many believed the natural gas that sustained these industries to be unending. It was not, and it’s believed that upwards of 90 percent the natural gas in the fields was wasted. When the gas ran out in the 1900s, some industries left, while others—including the Balls—remained for the inexpensive land, water, and plentiful, hardworking workforce.

Ball canning piqued in the 1930s, with the family selling 190 million fruit jars—approximately 1.6 jars for every man, woman, and child in the United States. But by the end of that decade—with the Great Depression in full swing—sales for canning jars had plummeted, with the Ball’s achieving a profit of only $5,000 in 1938. But the innovative Ball brothers responded to the needs of the age and survived, making ammunition shells for WWII and aerospace products. The company realized its success was beyond Muncie’s boarders, and in 1962, the last Ball Jar was produced here. In 1998, the company moved its headquarters to Colorado.

The loss of Muncie’s only Fortune 500 company headquarters was a major blow. Other businesses fell in line, like dominoes. Delco shut its southside plant in 1998. Muncie’s Chevrolet closed in 2006, and BorgWarner in 2009.

More than 150 years after Muncie was established, the community continues to heal and innovate, with the workforce focused on medicine, education, and government or service industries. A handful of manufacturing companies remain, including Magna Powertrain, Maxon/Honeywell, Mid-West Metal Products.

ecoREHAB and other community-building organizations have been working together to rehabilitate deteriorating homes, educating neighbors about sustainable practices, and tackling smaller projects to help residents remain in their homes.